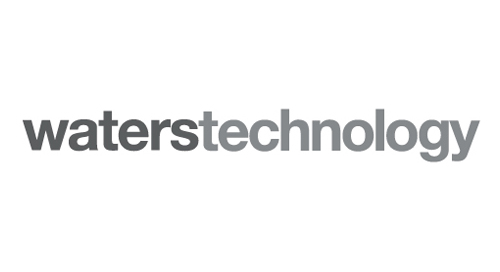 Xignite will make the fundamental data from FactSet available sometime before year-end, once it has finalized the APIs for accessing the data, as well as documentation and marketing materials, having begun working on integrating the data a few months ago.

The new datasets will complement existing North American fundamental data from Chicago-based data and investment research provider Morningstarâ”€acquired as a result of its 2007 purchase of UKbased fundamental data provider Hemscott (IMD, Jan. 4, 2008)â”€already available via Xignite. However, since the vendor's client base has grown worldwide and Xignite already provides access to global quotes and other data, the lack of matching global fundamental data was "the biggest gap in our offering," says Xignite chief executive Stephane Dubois.

The largest and most valuable portion of the data is FactSet's historical financial data, though the vendor will not carry every data point initially. "We don't necessarily need every data point available.... People pretty much use the same things. So we can limit it to the fields most commonly used," Dubois says.

Clients can continue to use the Morningstar data or can move to the FactSet over time, Dubois says, adding that because vendors use different data fields, "you can't just substitute one for another," so Xignite will offer both vendors' data to give customers "plenty of time" to assess both.

In fact, Xignite may move completely to offering FactSet's data if client demand shifts over time. And though the agreement currently only covers fundamental data, Dubois says he expects it to expand over time to cover other FactSet datasets, such as its global holdings data, which would complement the existing North American holdings datasets offered by Xignite.

Dubois says the agreement stems from a deal Xignite signed in summer 2013, when the vendor was competing for a contract against another data provider, where fundamental data became an important factor to winning the deal, and Xignite enlisted FactSet to provide additional content. "I think that made FactSet realize... that by leveraging our distribution channel, they could reach a broader range of customers," he says.

Dubois says pricing for the data is yet to be confirmed, but acknowledges that "it's not going to be cheap, because it's very valuable data." However, other cost-saving factors can make the data "more approachable," he says. "Because of our technology, we can eliminate a lot of the costs of onboarding this data, such as servers and databases... and we can also save money by enabling faster time to market," he adds.

Xignite, Inc., a provider of cloud-based market data distribution and management solutions for financial services and technology companies, today introduced XigniteGlobalETFs, a new Cloud API providing advanced analytical and full holdings data for exchange-traded funds (ETFs) globally. The popularity of ETF investing has been going through the roof and, in 2021, has broken all previous records. ETF data is critical to Xignite's digital investment manager (robo-advisor) clients, such as Betterment and SoFi, and our trading and brokerage clients, such as Robinhood and eToro, who offer their users collections made primarily of specially chosen, low-fee ETFs.

One of the prime reasons for the dramatic increase is that ETFs have become virtually free to buy and sell thanks to innovative Fintech solutions powered by Xignite market data. Robo-advisors such as Personal Capital, SoFi, Wealthfront, and WealthSimple have helped make ETFs extremely popular as an easy, low-cost way to diversify their members' portfolios.

Zero-cost trading stock brokers like Robinhood have attracted investors that use ETFs as trading vehicles. As the ETF landscape evolves, it continues to democratize hard-to-access trading strategies for retail investors. This dramatic expansion, and the complexity of the ETF landscape, make it critical for our clients to have institutional quality data to integrate into their ETF-focused financial software and mobile applications.

The new API offers daily and historical coverage of all listed ETFs in North America, Europe, and the largest Asian markets. Sourced from CFRA Research, one of the world's largest independent investment research firms, users can analyze underlying constituents across ETFs to quantify and compare sector, factor, and other risk exposures. The Xignite's Data Quality team cross-validates the ETF data across sources and proactively detects and fixes any missing information.

"Inflows to ETFs have already set an annual record in 2021," says Vijay Choudhary, Vice President of Product Management for Xignite. "It is critical for our wealth management, trading, risk analysis, hedge fund, and other Fintech clients to have access to in-depth research on the ETF industry to make informed decisions on behalf of their clients," added Choudhary.

Xignite APIs are cloud-native and offer a robust selection of use case-based endpoints. These endpoints are ready-to-use pieces of code that developers can easily integrate into their product or app, regardless of type, amount, or frequency of data, without the need for any complex integration logic. The available XigniteGlobalETF endpoints are:

GetHoldings - Returns all holdings sorted by percentage portfolio weight for the specified date.

GetVolatilityStatistics - Returns average volume and volatility at the specified date.

GetFundFlowsRange - Returns fund flows for a selected ETF across the specified time range.

GetHistoricalNAVs - Returns the historical NAVs for an ETF based on a start date and end date.

GetNAVs - Returns the closing NAV for one or more ETFs for the specified AsOfDate.

GetTrailingReturns - Returns trailing returns for one or many ETFs for the specified date.

SearchETFs - Returns a list of ETFs that match the search parameters.

Xignite has been disrupting the financial and market data industry from its Silicon Valley headquarters since 2003 when it introduced the first commercial REST API. Since then, Xignite has been continually refining its technology to help Fintech and financial institutions get the most value from their data. Today, more than 700 clients access over 500 cloud-native APIs and leverage a suite of specialized microservices to build efficient and cost-effective enterprise data management solutions. Visit xignite.com or follow on Twitter @xignite.

Xignite, Inc., a provider of market data distribution and management solutions for financial services and technology companies, today revealed the results of its collaboration with Neeva, the world’s first ad-free, private subscription search engine. Neeva has built features to deliver information in a more user-friendly manner to a general audience. One new feature is a stock tracker, enabling users to look at stock prices based on different time intervals and other key data points. The stock tracker is powered by Xignite financial data. Click HERE to download the case study containing the full results.

Neeva’s stock tracker requires significant quantities of high-quality market data to function. The company initially enlisted a legacy data provider but quickly ran into issues with data and API quality. Neeva needed to integrate quickly and required fast and reliable financial data. After a trial and receiving a recommendation from another client, Neeva identified Xignite as a provider capable of delivering large quantities of market data in a comprehensive and developer-friendly manner.

Integration of the Xignite financial data APIs into Neeva’s stock widget took less than two weeks, and Neeva noticed immediate results in terms of breadth, detail, and API quality. Powered by Xignite’s global quotes and global historical APIs. Neeva presents its users with rich and desirable views of key data points for a huge variety of stocks. Users can use a time-based filtration mechanism to drill into metrics like open price, daily highs, and lows, 52-week highs and lows, volume, and market cap.

“Xignite’s vision is to Make Market Data Easy. With our industry leading technology combined with Neeva’s user friendly search engine we have done just that,” said Stephane Dubois, CEO and Founder of Xignite. “We look forward to continuing our work with Neeva as they disrupt the search engine marketplace.”

Xignite has been disrupting the financial and market data industry from its Silicon Valley headquarters since 2006, when it introduced the first commercial REST API. Since then, Xignite has been continually refining its technology to help fintech and financial institutions get the most value from their data. Today, more than 700 clients access over 500 cloud-native APIs and leverage a suite of specialized microservices to build efficient and cost-effective enterprise data management solutions. Visit http://www.xignite.com or follow on Twitter @xignite

Xignite, Inc., a provider of market data distribution and management solutions for financial services and technology companies, announced today it has enhanced the data coverage for its’ interbanks and interest rates APIs in preparation for the required transition from the London Interbank Offered Rate (LIBOR) benchmark interest rate at the end of 2021.

Used in financial products such as adjustable-rate mortgages, consumer loans, credit cards and derivatives, LIBOR has been the world's most widely used benchmark for short-term rates. But after the 2008 financial crisis the U.S. Federal Reserve recommended a new benchmark interest rate to replace the outdated and problematic LIBOR. In the U.S market the new benchmark is Secured Overnight Funding Rate (SOFR), which is based on transactions in the U.S. Treasury repurchase, or repo, market, where banks and investors borrow or lend Treasuries overnight. Other countries are introducing their own local-currency-denominated alternative reference rates for short-term lending.

“Our rates and InterBanks APIs were the first REST APIs ever released to serve the needs of the lending and banking industries. They uniquely aggregate rates that are used by dozens of firms globally in critical business processes,” said Vijay Choudhary, Vice President of Product Management for Xignite “Given the major shift the industry is experiencing regarding reference rates, it was critical for us to support those new rates to give our clients the data they need to run their businesses,” added Choudhary.

Xignite has been disrupting the financial and market data industry from its Silicon Valley headquarters since 2006, when it introduced the first commercial REST API. Since then, Xignite has been continually refining its technology to help fintech and financial institutions get the most value from their data. Today, more than 700 clients access over 500 cloud-native APIs and leverage a suite of specialized microservices to build efficient and cost-effective enterprise data management solutions. Visit http://www.xignite.com or follow on Twitter @xignite.