Silicon Alley and Silicon Valley Jostle for the Fintech Crown 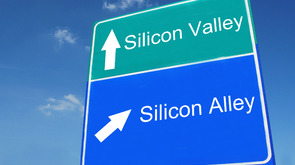 Last year fintech rose from the ashes of the mortgage crisis to the pinnacle of startup hype, with companies such Wealthfront, Personal Capital, Betterment, Robinhood and Motif Investing raising troves of capital. We expect this trend to continue in 2015 and beyond.

The bulk of the fintech activity has so far taken place in the US, and primarily in the hubs of New York City and San Francisco. Startups are popping up like mushrooms in London,   Frankfurt, Singapore, Cyprus and Beijing, but according to data by VentureScanner, New York, with 97 fintech companies, and the Bay Area, with 176 companies, dominate the scene. Up and coming areas such as London, with 81 companies, and Boston, with 18, still don’t measure up.

While fintech brings together Wall Street and Silicon Valley and creates a new space influenced by the forces of financial services and disruptive technology, there are clear differences between these two main centers of activity. Compared with its counterpart in the West, New York’s Silicon Alley traditionally takes a backseat in what the industry   considers to be “pure technology.” But when it comes to fintech, it has an undeniable advantage as the finance capital of the world.

In our position as a provider of financial market data APIs, we interact a lot with fintech companies on both coasts. As we become more familiar with how they operate, we have begun to notice patterns and contrasts. As the number of fintech startups grows, trends emerge in these companies’ operational strategies, and today we see three main traits that differentiate the valley from the alley:

Technologists vs. Financiers
The first difference lies in the origins of the fintech founders. In Fintech Valley, founders are more likely to have technology backgrounds, and, as a result, pull their inspiration from their past experience within the space. Bill Harris, CEO of Personal Capital, started at PayPal, while Hardeep Walia, co-founder and CEO of Motif Investing, used to work for Microsoft. Backed by a tech-heavy experience, these founders bring a unique perspective on how to apply technology to financial services. By contrast, New York-based founders are more likely to enter fintech after breaking away from large financial institutions, where they experienced unmet needs first hand. For instance, Basil Qinibi, founder of the hedge fund platform Novus Partners, used to work at Merrill Lynch, and Mazy Dar, CEO of OpenFin, came from UBS. Because of their experience in the world of finance, these individuals – like many of their East Coast colleagues – are equipped with valuable insight and perspective on financial services.

Disruption vs. Revolution
The second difference between the two coasts is in their approach to the markets. Silicon mavens are more likely to want to disrupt financial services altogether, given their perception of finance and fintech at large as mountains of inefficiency fueled by immense fees that are ripe to have the rug pulled from under their feet. These industry players want to become the new finance. Palo Alto’s Wealthfront and Redwood City’s Personal Capital exemplify this trend. By contrast, New Yorkers will take a more subtle angle, as they are more likely to be peddling new technologies and platforms that aim to help large financial institutions capitalize on emerging trends and regulatory mandates. These companies, which include EidoSearch, Estimize and Standard Treasury, tend to view traditional finance as their client, not their enemy.

Venture vs. Organic
It is no surprise that the attitude of the two communities differ when it comes to fundraising. Silicon Valley fintech entrepreneurs will naturally turn to Sand Hill Road and its hordes of venture capitalists for funding. Pitching to angel groups or institutional investors is a tried-and-true, well-oiled process rehearsed heavily from Palo Alto to SOMA and fueled by the abundance of capital. By contrast, New Yorkers will favor organic development, and, if they do take money, they are more likely to seek strategic investments from the large financial institutions and executives that they plan to serve. Maybe it’s because New York entrepreneurs are experienced as financiers. Or maybe it’s that their existing connections allow them to quickly sell to a few clients and achieve organic profitability much quicker than their leveraged Californian counterparts. Either way, this trend will continue all the way to the exit, where western VC-funded companies will seek IPOs more often than their New York peers. The recent Yodlee and LendingClub IPOs speak for themselves.

Despite these patterns, and there are exceptions, one thing remains certain: cultural differences aside, the fintech landscape from east to west has never been as energetic and strong as it is today in both Fintech Valley and Fintech Alley. 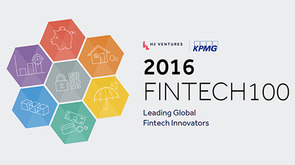 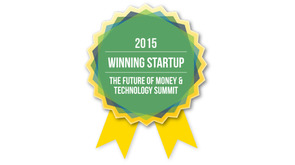 Xignite is proud to announce that it's a winner of the Future of Money &amp; Technology Summit Startup Competition! The Summit brings together the best and brightest visionaries around money where lea ... 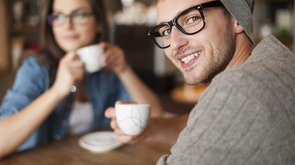 The scene occurs at a San Francisco coffee bar in late 2014. She asks, “And what do you do during the day?” He calmly says, while tucking his plaid shirt in and rubbing his fully-grown beard, “I work ...